It’s been far too long since my last post and for that I am truly sorry. However if I’m honest I haven’t felt much like writing as I’ve been in a little bit of a funk… until recently.

Now if you know me particularly well, as far back as I can remember I’ve always been pretty open about the fact that I find women sexually attractive.

My first girl crush was (and still is) Salma Hayek, I think it was the scene in ‘From Dusk til Dawn’ where she dances on the table that set the course for the type of woman that I like.

Since discovering and admitting to this side of myself I’ve always wondered what it would be like to be with a woman, and other than a few experimental kisses along the way I have come nowhere near close to fulfilling this innate desire.

The reason for this? The opportunity has just never presented itself, I’ve never been propositioned by any women, and as you may have discovered about me from previous posts, I’m just not the type of girl to approach people I fancy, whether they be male or female.

Then one day about a month ago…I stumbled across opportunity…

It was an otherwise normal evening, I was about to watch the latest episode of Jane the Virgin on All4 (formerly known as 4OD) when a carefully selected (one would hope)  ‘recommended for me’ programme caught my eye, titled “Oh Shit I’m 30.” It’s a 6 part series of shorts in which YouTube sensation Emily Hartridge explores her life at 30.

My first reaction was “Cheers All 4, as if turning 30 isn’t plaguing me enough without you highlighting the fact” (I know it’s over a year away but it has still been playing on my mind since my last birthday) and then my second thought was “How did they know?” And finally my curiosity got the better of me so I clicked on the damn link. And to my utter surprise and amazement the title of the most recent episode was ‘Girl Meets Girl’ (kind of apt right?)

As I’m sure you can guess I watched the short and in the episode, Emily goes to a members club that has been created for women who want to experiment with other women. I’m not sure if you’d call it fate, but in that moment I can’t adequately describe how it felt knowing that maybe a desire I’d had for as long as I can remember being fulfilled was not as distant a dream as I’d previously thought.

I immediately googled the club and after quite a short perusal I applied. After filling in the form and submitting a picture I patiently awaited acceptance into this club that could potentially help me gain entry to a world I had long sought admission to…according to the site everyone is vetted and I did feel a sense of elation when a few days later I received the email stating that I had been accepted as a member of Skirt club.

So what do you think I did next? You guessed it I promptly went back to living my life forgetting all about Skirt club and meeting like minded women. Then a few weeks later I recalled my self assigned mission and I went back on to the site to book an event.

I must admit before D Day I was convinced I would back out at the last minute so as an insurance policy I asked a friend to meet me for a drink beforehand. We went to a bar around the corner and I was so nervous I accidentally drank four cocktails before I even got to Skirt club.

When I entered I was immediately faced with a staircase leading upwards and sitting on the bottom step was a rather attractive woman who introduced herself as the creator of Skirt club. I was a little (who am I kidding, a lot) tipsy so I promptly blurted all of my worries and insecurities (worries about the event that is, I mean we didn’t have all night) to this perfect stranger. To her credit she was very understanding and actually went some way to alleviating my fears.

I ascended the staircase to meet my fate, the symbolism was not lost on me, a million thoughts running through my head and I found myself facing a pair of black doors. With one final inhalation I entered the bar…

I was greeted by a woman with blonde curly hair wearing black angel wings on her back, my nervous smile must have given me away as her first words were “Is this your first time?” I nodded unable to let go of the breath I was holding. She then told me I would be given a key so that the other attendees would know that it was my first time there, she tied it round my wrist and I couldn’t help but marvel at how pretty it was. 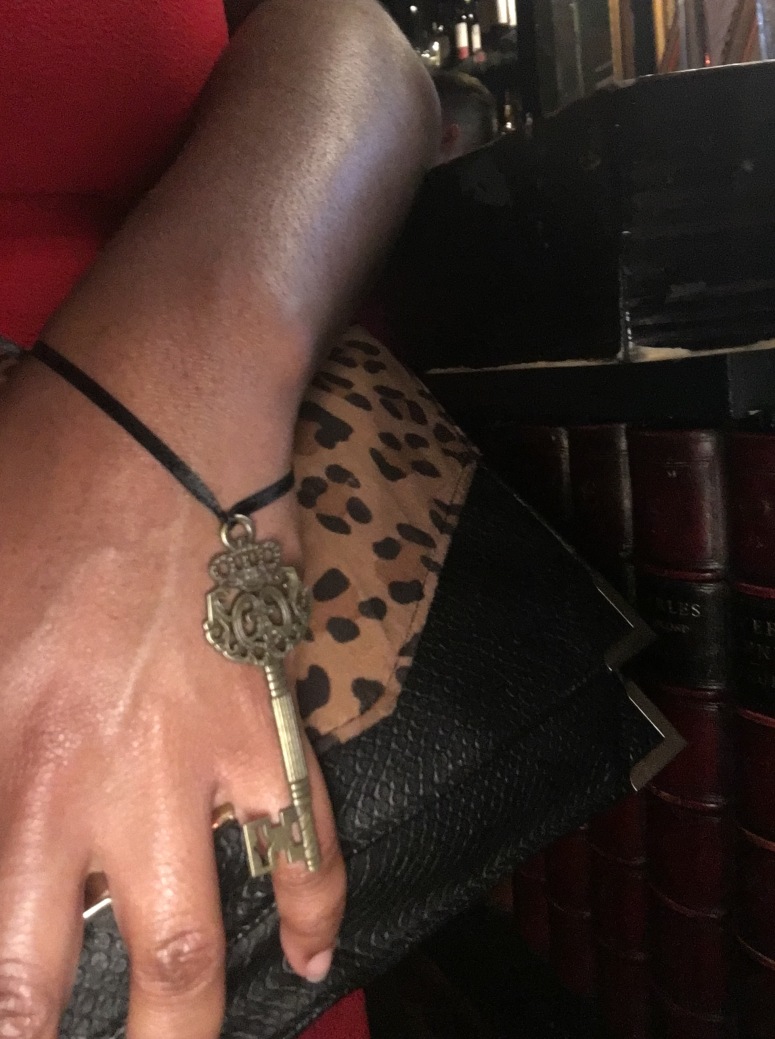 *This picture was taken on the sly as one of the rules is that you’re not allowed to take pictures, I believe to preserve the other attendees anonymity.

After hanging my coat I sauntered over to the bar to claim my free drink (like I needed another, but dutch courage was definitely called for) while ordering, the blonde curly haired angel introduced me to another girl who had just arrived. We were soon joined by a few others and the chat started to flow…

This wasn’t so bad actually, it was just like networking absolutely no need to be so nervous. It didn’t take very long for the obvious question to be posed. The question about sexual orientation. It was eye opening to hear everyone’s stories and levels of experience and it was also extremely comforting to know that I am by no means alone.

As the night proceeded I got gradually more drunk and perhaps in direct correlation the organisers became increasingly meddlesome. Following an intimate burlesque performance dares were circulated for everyone to complete. Mine was to give a cupcake to the prettiest girl in the room, so I gave it to myself (I jest). At some point one of the girls gleefully stripped down to her underwear lay down on the chaise lounge and volunteered herself for a round of body shots.

Now I must confess here’s where it gets a little fuzzy. Surprisingly ingesting copious amounts of prosecco, after drinking 4 cocktails does not equate to a stellar recollection of the evening.

The next thing I remember is me following the creator of Skirt Club up a mini staircase that led to a secret alcove, with a bed, in which a group of us played a few rounds of spin the bottle. One of the rules was that if the bottle pointed to you two times in a row you had to sit on the bed…and guess which “lucky” individual the bottle pointed to twice first. After a few rounds and quite a few kisses I had been joined by a number of girls on the bed… 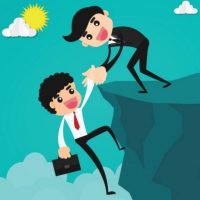